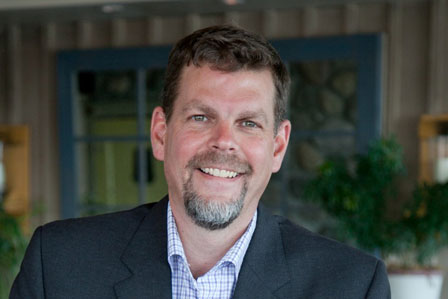 Growing up first in the Lower Mainland, and then moving to the Okanagan as a young teenager, Jim has always known that he wanted to do something that could allow him to have a positive influence on people. His first aspirations were toward the teaching profession, but his restaurant “side jobs” that he had during his college years ultimately steered him toward a career in the hospitality industry.

He worked as a server in New Westminster at both The Old Spaghetti Factory and The Old Bavaria Haus during college, and during that time was offered his first management position at a new restaurant in Coquitlam called “Two Parrots”. That job expanded to include greater responsibility within the same company, but Jim was having thoughts about moving to the hotel industry, so after 2 years he made the switch, taking a step down to get his foot in the door with Delta Hotels. Within a few years he had worked his way up through the ranks to be the Assistant Food & Beverage Manager at the Delta Vancouver Airport Hotel. He then switched to Marriott Hotels, working as Food & Beverage Manager and then Director of Food & Beverage.

Throughout his hotel years, Jim always entertained thoughts of having his own business. In 2007, he felt the time was right, and he and his business partners opened Blue Canoe in the charming and historic Steveston Village.

Jim has always had a vision of what Steveston could become, and he has thrown himself into volunteer work with various associations to work toward making that vision a reality. As founder and President of the Steveston Merchants’ Association, Jim has worked to bring the business community together – emphasizing always that greater accomplishments can be achieved by everyone working together toward shared goals. He is also Vice Chair of the 20/20 Committee, which represents many Steveston non-profit associations.

Jim’s story wouldn’t be complete without mentioning hockey. An avid hockey fan and player throughout his life, Jim’s passion has transferred to his two sons, who both play ice hockey. Not surprisingly, during Canucks hockey season, Blue Canoe turns into hockey central. Go Canucks go!